Sayadieh Samak is a  sensational dish from the Eastern coast of the Mediterranean, specifically the Levant region.  It is a savoury rice dish cooked with fish, fried onions and fragrant spices, then  garnished with caramelized onions and toasted nuts. The origin of the word sayadieh comes from siad (صياد) , which means fisherman in Arabic. You can use any white fish for this dish, like sea bass, snapper, haddock or cod and it can be fried, grilled or baked. 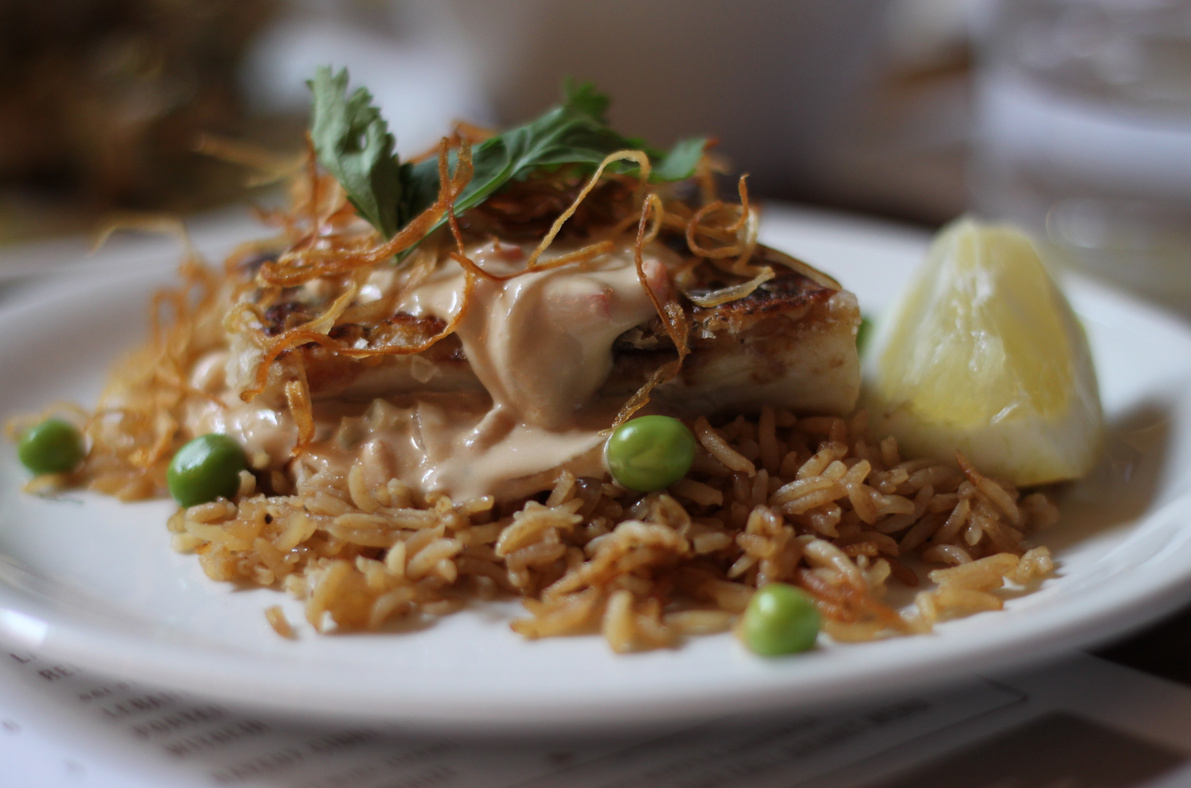 Fattet Bitanjan (Eggplant Casserole)
By admin
Social media & sharing icons powered by UltimatelySocial
We use cookies to ensure that we give you the best experience on our website. If you continue to use this site we will assume that you are happy with it.OkPrivacy policy