Life goes on, whether you choose to move on or whether you choose to stay in the past. Wujoud, which means ‘Existence’ in Arabic, is a Cultural Center and Museum that chose to move on; albeit by respecting the past through the prism of poignant truth telling. Set within a beautiful 650-year-old building, strategically located in the heart of the Old City of Jerusalem, Wujoud overlooks one of the two dry pools of Jerusalem, the ‘Bath of the Patriarchs.’ The Museum houses more than 400 items dating from the eighteenth century until the early twentieth century. By faithfully showcasing life in Jerusalem during old times and pinpointing its vibrant Christian presence in the Old City, Wujoud tells the history of Palestinians in the 19th and 20th century.

Nora Kort, the founder of the Wujoud Museum is a pure-blooded Jerusalemite. Born in 1954, the stories of families who suffered in 1948 still ring in her ears and are a constant reminder to her of what she needs to do.

My family’s home was located right by the King David Hotel and the property was taken from us. My father and entire family were devastated and as a result my father suffered several heart attacks.

DOWN BUT NOT DEAD

Over the years, Nora wanted to give back to her community and so she began projects for women in 1987, noticing many of them struggling with psychosomatic health problems. 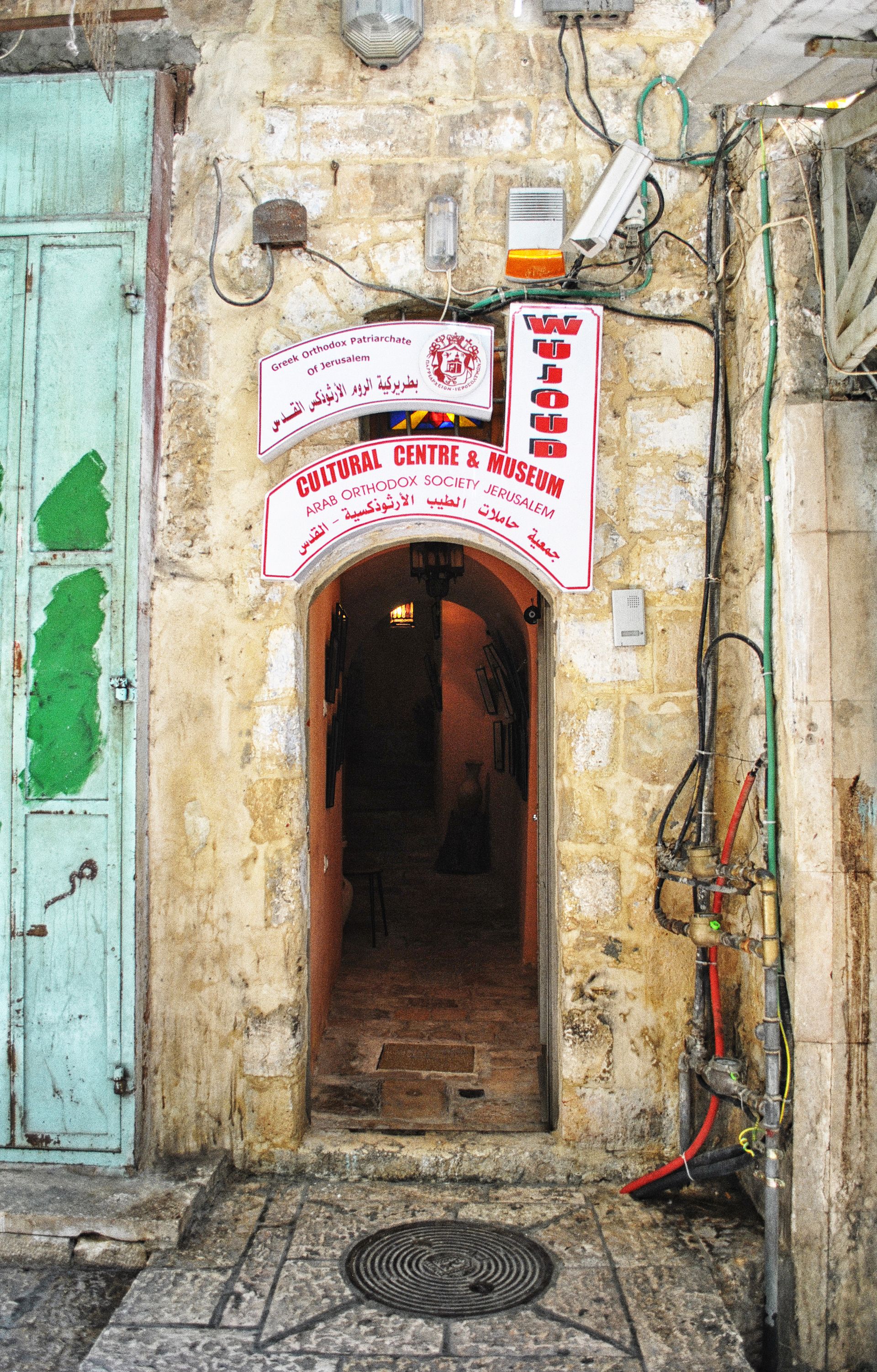 I was asked to be the chairwomen of the Arab Orthodox Society and was compelled to work with the community to support these women. I saw a desperate need to help them and created projects to strengthen their self-reliance and economic independence.

In 1990, Nora created embroidery workshops and started bazaars. She collected 550 embroiders over two years, along with pottery and stained glass art. In addition to this, Nora began food programs that trained women in Palestinian cuisine, creating the Binti l Balad Project. Her idea grew, and she began searching for a location to display their work in the Old City.

I had a dream to do something for these women and at the same time attract tourists and pilgrims, and it happened.

Situated in the heart of the Christian Quarter, inside Jaffa Gate, it survived different reigns and rulers. Built during the Mamluk’s period, turned to a coffee shop by the Ottomans for their military, used as residential homes during the British Mandate and the Jordanian rule, then neglected for 42 years. She received funding to restore the building and it was inaugurated on May 14, 2010.

Wujoud displays all three holy books next to each other. These depict that we should not be divided, nor should we hate.

Everyone who can, should visit Jerusalem and every one who gets to visit should envelop themselves in the heritage Nora has so lovingly unveiled through Wujoud. After all, ‘existence’ is about keeping things alive.