Imagine a place where Jews and Arabs live together in harmony. A place where the two communities’ live side by side in peace, as well as conduct educational work for peace. A society where there is equality, understanding, and tolerance. Wāħat as-Salām/Neve Shalom, is that place. A cooperative village jointly founded by Israeli Jews and Arabs.

Imagine all the people living life in peace. You may say I’m a dreamer, but I’m not the only one.  I hope someday you’ll join us, and the world will be as one.
— John Lennon

Peace remains elusive since the establishment of Israel and the conflict continues, seemingly unstoppable. This ‘intentional community’ was jointly established by Jewish and Palestinian Arab citizens of Israel to foster awareness, finding ways for Arabs and Jews to live together, while maintaining their identity and uniqueness. It’s committed to bilingual, multicultural equality and a genuine and durable peace.

Wahat Al Salam(Arabic: واحة السلام‎) or Neve Shalom (Hebrew: נְוֵה שָׁלוֹם) means ‘Oasis of Peace’. It was established in 1969 by groups working together to create a home where the two communities could live in harmony, whilst recognizing and respecting each other’s culture, language religion and political views. 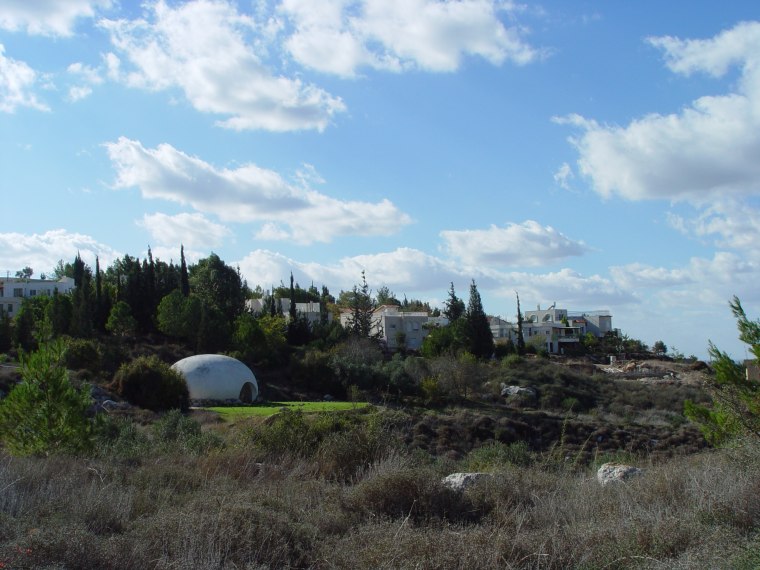 Located midway between Jerusalem and Tel Aviv-Jaffa, it is the only community where Jews and Palestinian Arabs live together by choice. Children who grow up here respect each other and are equals in this community. A beautiful vision which

Wahat al-Salam Neve Shalom is a ray of hope demonstrating that a strong peace between Arabs and Jews, Palestinians and Israelis is possible by strengthening connection and justice.

You can’t shake hands with a clenched fist.
— Indira Gandhi

Wahat al-Salam – Neve Shalom could not conduct its educational work or continue to develop, without the moral and financial support of foundations and individuals. For more information get in touch with them.