I’ve met Palestinians in the UAE who have enjoyed success stories, restarting their lives and pushing limits to succeed. When I first moved to Abu Dhabi and began volunteering with the Palestine Children’s Relief Fund, one prominent businessman and philanthropist I met was Marwan Rashid Tabari.

Several years later, I reconnected with him and his family at their home in Abu Dhabi. After hours of chatting, reliving his childhood memories, I came away enthralled by Abu Rashid’s story of hardship, determination and hope.

Marwan Rashid Tabari was born 12 June 1933 in Jerusalem Palestine to Dr. Rashid Said Tabari, and Maliha Haseeb Murad, a Jerusalemite. They were a family of three girls and three boys. With a proud Bedouin heritage, the family had settled in Tiberias for generations until being expelled in 1948. Their family name ‘Tabari’ supposedly comes from the name Tiberias or, ‘Tabaryeh’ in Arabic, which also means sword. An influential landowning family, Abu Rashid’s grandfather was Sheikh Said Afandi Tabari, head of Galilee, appointed by the Turks, heading the judiciary for the stronghold of the Ottoman Empire. Abu Rashid’s grandmother named Sheika, was the daughter of the head of the Mashrga tribe.

We were always receiving guests from different villages and countries. They would come to meet with my grandfather, asking for favors or advice. I remember my aunts being very hospitable, offering coffee, a generous meal and even a place for guests to spend the night.

Abu Rashid remembers having the best of both worlds; one being his colourful Bedouin heritage and his mothers progressive influences.

My father’s family was a conservative Bedouin family and my mother was a modern woman from Jerusalem who was educated, spoke many languages and was a pianist too.

Located on the western shore of the Sea of Galilee, since biblical times, Tiberias is known for its hot springs, which are believed to cure skin and other diseases. Abu Rashid has fond memories of his hometown before 1948.

We loved going to the Lido sporting club and watch the king fish dive in the lake to catch the fish and the swallows sweeping across the roads, nearly touching us.

Initially the relationship between Arabs and Jews in Tiberias was good. The population at the time was 70% Jewish and 30% Arab. In 1938 tensions arose between Tiberian Arabs and Jews, but generally things were fine. He remembers,

The Mayor was Jewish and lived across from our house. I use to play with his daughter Rachel all the time. She would come over and we would go to their house, it was a peaceful time. 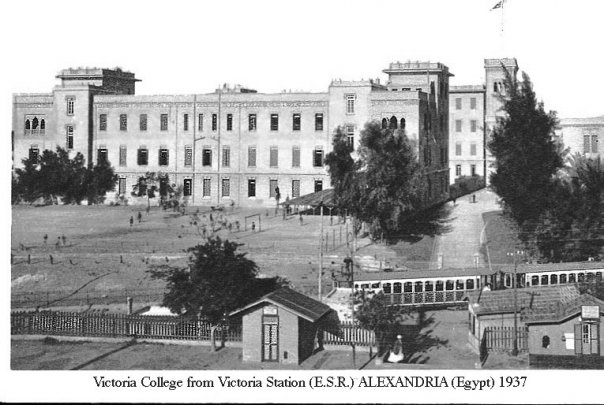 We were sent to Egypt to attend school alone by taxi. We crossed the Suez Canal on a barge and then to Cairo. My parents wanted us to be strong independent men, sending us alone was part of the experience.

The hotel clerk was in shock to see him and his brother by themselves. Concerned he called housekeeping and arranged for them to be looked after.

They were happy at Victoria College, but soon after a cholera epidemic broke out so the boys moved to the American University High School in Lebanon. He recalls,

It wasn’t an easy transition, I got into fights. I fought for my brother and for my new friends.

In mid-April 1948, Tiberias’s entire population was removed, mostly across the Trans-Jordan border, making Tiberias a wholly Jewish town overnight. When Tiberias fell, Abu Rashid’s mother and younger siblings were escorted in an armoured vehicle out of the fighting zone by the British and continued to Al Hamme in Syria. Abu Rashid was 15 years old.

I’d heard about the Arab-Israeli war, but didn’t fully understand the extent of it because I was living at school in Beirut.

He remembers there being excitement in his dormitory when friends began pointing out ships and boats flooded with Palestinian refugees arriving in Beirut. 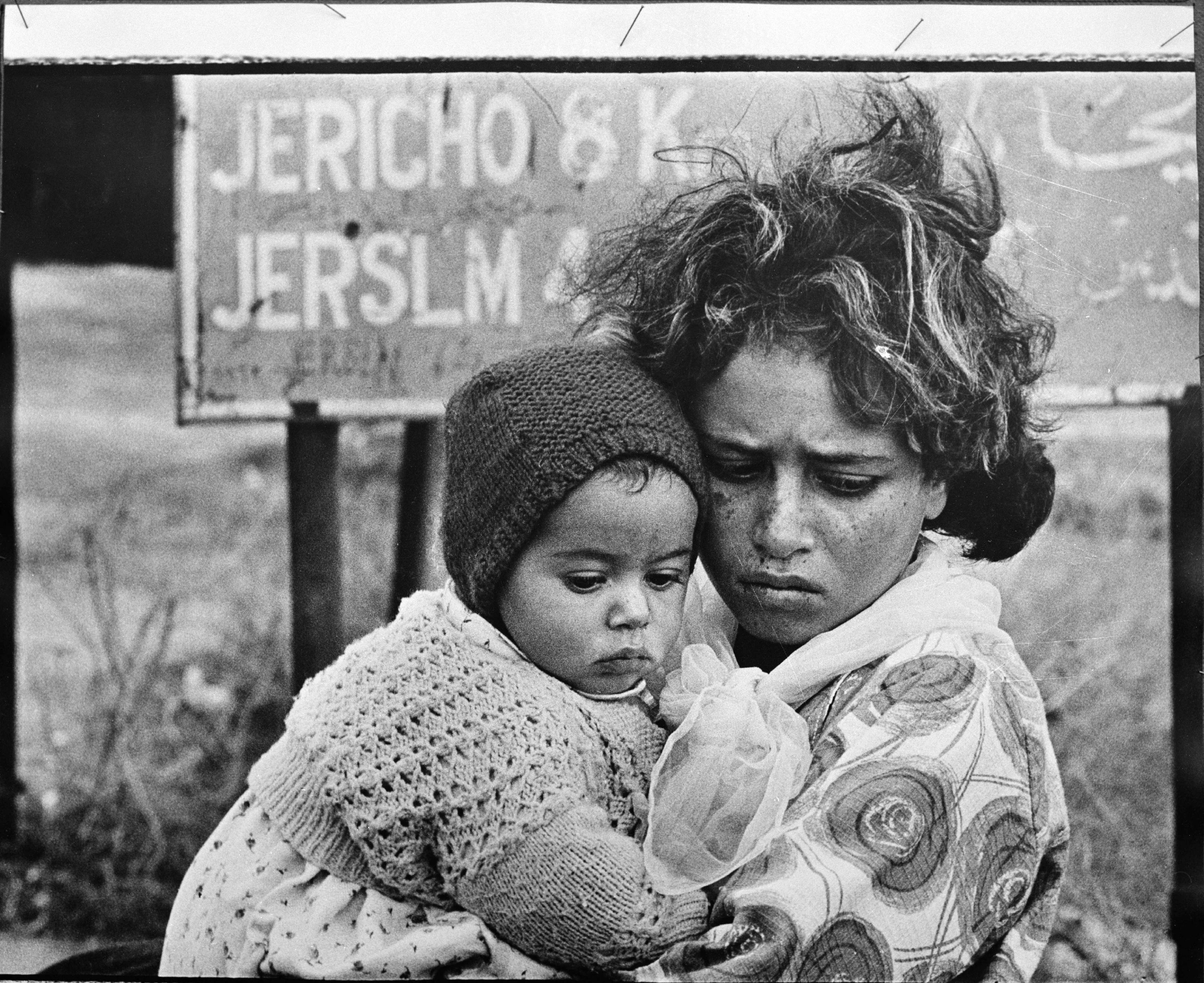 He couldn’t comprehend the mass scale of what was happening until his parents appeared at school one afternoon.

I will never forget this fateful visit. I was sitting in my study when my teacher approached me to tell me my parents were outside. They came to tell me they had lost everything; their home, their land and their money. I was devastated and confused and couldn’t believe what happened.

Abu Rashid’s father patted him on the shoulder and told him, “Son your on your own now.” His parents and younger siblings traveled to Damascus hoping things would settle soon. His father struggled to restart and recreate what they had lost. The family moved around, temporarily staying in Hebron and Jerash, Jordan and finally settling in Jericho.

When Abu Rashid and his brother finished school they attended the University of Illinois in the U.S. Little did they know they would return to a changed Middle East after four years.

I took part time jobs to pay for my education. I first worked at a “laundromat factory and then later for the National Geographic as well as the Chicago Presbyterian Hospital in the X-Ray department, it wasn’t easy to balance work and school.

After sometime they managed to fit into American culture, making friends with them.

We first didn’t relate to them at all and we were looked at differently, there was a lot of cultural differences and it wasn’t easy for us to fit in.

Letters that took months to be delivered were the only means of communication and Abu Rashid received news of his mother’s death with such a letter. His mother Maliha Murad had died at the young age of 38 from kidney failure. “I was devastated that I couldn’t be with my family.” Shattered by the news, he nevertheless completed his degree before returning to the Middle East.

Eventually taking the long journey home on the Constitution ship in 1955, at this time his father and siblings lived in Jericho. When he arrived his father barely recognized him; he left as a boy and came back a man…

I then learnt that my father had remarried. I was upset but I understood he needed help to raise my younger siblings.

That summer he took a job in Kuwait, to help him support a possible medical degree. He was employed by Yousef Ibrahim and Abdulla Al Ghanem, becoming the General Manager for Equipment Ltd. aged 23. Medical school was forgotten.

While in Kuwait, he visited his Aunt in Nablus where he was introduced to Badriah Dajani. Her family had relocated from Jaffa in 1948. “She was beautiful. I fell in love and wanted to marry her but her grandfather didn’t accept.” She was the only daughter in a family of six brothers and had been orphaned at the age of 14. Her wealthy grandfather was so attached to her, he did not want her to get married. After several trips between Kuwait and Nablus, her mother Sadika Dajani blessed the union and they were married in Beirut in 1963. Soon after their first business, Ranya Contracting Company was established in 1965 in Kuwait. Their first project was the road between Kuwait and Khafje.

By 1967, opportunities in Abu Dhabi were growing. “ I noticed there were not many schools and with my Kuwaiti contacts and experiences, I was able to bid for important projects.” In 1967 Abu Rashid moved to the land of opportunity, establishing  Ranya Contracting Group in Abu Dhabi. He was warmly welcomed by the Emirati people and Sheikhs who were hospitable, generous and supportive; witnessing the establishment of the Gulf Cooperation Council by the founder of the UAE, HH Sheikh Zayed Al Nayhan, a ruler of great vision.

In the UAE, he is proud to have participated in building the first Abu Dhabi gas turbine station, the first housing scheme in Ruweis, the first street lighting project for Abu Dhabi’s corniche.

In 1969 after The Rosary School was founded, his young wife and four daughters joined him. At the time, few middle eastern families lived in Abu Dhabi.

Years later, Abu Rashid took his family to visit Tiberias in 1993 for the first time since the war.  “I saw my family home and felt my heart drop. It was occupied and had been converted into a school. I felt helpless, angry and miserable.” He has not gone back since and struggles with the idea of not retiring in his ancestral home. He explained,

I am 85 years old now and the only place I want to retire to is Tiberias. My dream is to build a home on the land that belongs to my family, but I am not welcome there.

Committed to his community, Abu Rashid was president of the Palestinian Business Council in Abu Dhabi for seven years. “I am proud to have contributed to the fabric of my community economically and I especially believe in furthering education for Palestinians.” He explained that after Palestine fell the culture changed, and so did the mentality. “We were once the most respected and highly educated community in the Arab world.”  Forever the consummate philanthropist, he believes that it’s only through education that meaningful progress can be made.

Based in New York City, Lubna Abura is a single mother of twins, who never imagined herself in the kitchen making some of the finest za’atar crackers out there. She is now in the midst of expanding her business.

← My Father's Story Easter in Jerusalem →