There is no such thing as a model or ideal Canadian. What could be more absurd than the concept of an “all Canadian” boy or girl? A society, which emphasizes uniformity, is one which creates intolerance and hate.

There are many things that give me pleasure in being able to say “I am Canadian”. One being how vast and stunning the country is and most importantly, the values that Canadians share. I feel lucky to be part of a society that values equality, inclusion, democracy, economic security, safety, diversity, openness, sustainability, respect and compassion. These are the very reasons why we are admired around the world and what makes me proud to be a Canadian and preserve my Palestinian roots

My parents married and immigrated to Canada in 1971 with little resources. Like most Palestinians, their families struggled to restart their lives after they were expelled in 1948 and with the instability of the Middle East; they looked to the West for a better life. They sacrificed and worked hard to create a stable life for my siblings and I. They have never looked back and are proud Canadians today.

A nation’s culture resides in the hearts and soul of its people.

My parents tried their best to preserve Palestinian traditions and culture. They spoke Arabic at home, my mother cooked traditional dishes, they told us stories about  Palestine and our roots were kept alive thanks to the time we spent with our large extended family in Toronto.

Another important factor that kept us connected was the Antiochian Orthodox Church, where we went nearly every Sunday, bonding with the Levantine community in Toronto. 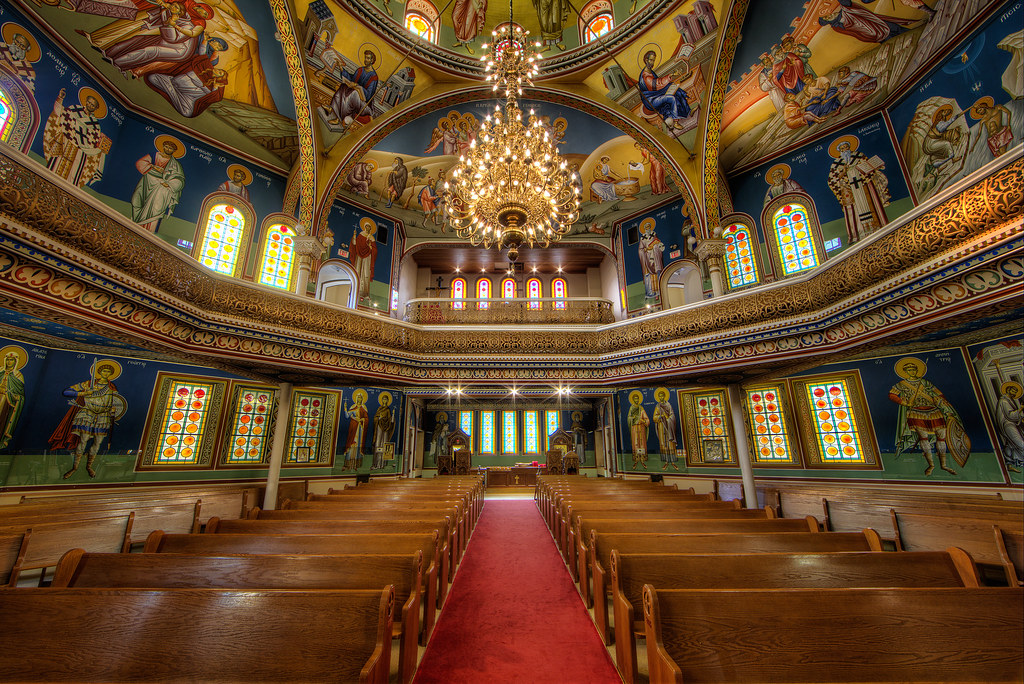 In Canada, unless you are indigenous, you are from somewhere else. I am always reminded of my Palestinian roots even though I was born and raised in Toronto. Multiculturalism is part of Canada’s identity, and one of the most important reasons for Canada’s success is the fact that we have eschewed demands for total assimilation to a defined identity in favour of integration.

We came here to get away from false promises, from dictators in our neighbourhood, who dressed in blue and broke our doors down.

Canada is known as a verdant eco-paradise. Nature permeates every aspect of Canadian living and I relish past happy times enjoying the great outdoors with family and friends. The seasonality of Canada is powerfully evident, evoking rich memories…

In the summer we would go to a cottage, camp by a lake, and bike ride through scenic parks. I have wonderful memories of spending time on farms, picking apples, berries and eating maple syrup straight from the trees.

Autumn is my absolute favourite season, and I used to love walking to school through the crisp cool air  enveloped by the lovely golden red maple leaves. Winter was also fun and action-packed.

I learned to ski and ice skate as a child and loved a good snowstorm. The adventure of playing in it and tobogganing at the neighborhood park with friends are exhilarating experiences I often tell my own children about.

Spring was always an exciting time because the prospect of transcending the long dark winters and our heavy coats, unfolded untold scenarios of anticipation and potential.

Identity if never static, always in the making and never made.

Like most children of immigrants; I questioned my cultural identity and clashed with my parents about the rationale for upholding the traditional values of a land that seemed so remote. In primary school, I was embarrassed to be an Arab. When I told my classmates I was from Palestine, no one knew where it was or had even heard of it, I felt like an alien.  I would often get teased for having strange foods in my lunch box…things like Za’atar, stuffed grape leaves…all things green that would get stuck between my teeth. I didn’t want my parents to speak Arabic in front of them because it often sounded like we were fighting … but really we were just having a normal conversation.

In high school besides my cousins, I had no Arab friends.  Concerned, I lacked connection with the Arab world, my parents packed me off to Palestine, with a group of volunteer pilgrims for the summer, hoping it will help me connect  with my roots. It was that summer I realized how special it was to be a Canadian and how disconnected I was to Palestine.

I stayed and worked at the English Hospital in Nazareth, which wasn’t funded by the Israeli government and had poor resources. There we painted fences, hallways, and gardened. I made friends with Palestinians and met with extended family for the first time. I travelled around the occupied territories and the west bank, visiting the holy sites and it was a wonderful experience.

I also saw the ugly side of things and it disturbed me. I was shocked by the swathes of Palestinian citizens of Israel living with the reality of discrimination every day, at risk of losing their cultural identity. Israeli settlements in place of what were once Palestinian homes; the hardship of everyday life living under occupation was a harrowing eye opener. For instance, I was distraught when I visited my father’s family home, which became a school for settlers, and then my mother’s family home that was occupied. Both to which my grandparents still had keys for. I was unable to visualize a future for myself there, a place where I could perhaps spend time with my family in the future but could feasibly call home.

Injustice anywhere is a threat to justice everywhere.

When I returned to Canada I was angry at the dystopian scenarios I had seen.  I was also upset that I was unable to freely connect to my ancestral homeland and felt terrible about the suffering on a wider scale, imaging the atrocities that my parents and grandparents had to endure. At University, I felt a responsibility as a Canadian to speak up for Palestinians living under occupation and became very active. I wanted to some how connect to my ancestral homeland but didn’t know how.

I alone cannot change the world but I can cast a stone across the waters to create many ripples.

I never thought I would ever leave my life in Canada, but when I got married I moved to the Arab world. It took time for me to adjust to life in the Middle East, but I believe the experience has nourished my understanding of my identity and the Arab people as a whole.

When we had our three children, I desperately wanted to pass the essence of Palestine and the values of being a Canadian down to them. We spend summers in Toronto, where my children attend camp and are exposed to Canadian culture and values.  They are very proud to call themselves Canadian but also acknowledge their Palestinian roots and I hope to one day take them to visit their ancestral homeland.

Canada has shaped me. It gave me a peaceful and secure life, with an excellent free education and health care system that is like no other in the world. I have freedom of thought, belief and expression and when growing up, when I didn’t agree with something, I was confident in being able to speak up candidly without fear of retribution. I was given opportunities that my parents never had and I am so appreciative.  I feel that as a Canadian with Palestinian roots, I have a particular responsibility to share these values with the world and speak up when I disagree with what is happening around me. I am proud of my Palestinian heritage but I am also grateful to the opportunities that Canada has given me.

Canada I wish you a magnificent Birthday!